Our intermediate team season kicked off today with an away match against Ballinacor.

It was the 1st match under the new management team of Pat Cronin, Jimmy (sixpence) Barrett and Declan Bollard.

The panel was small but committed and we took up the challenge on a fairly wet, heavy pitch.

Ballincor hit the ground running and dominated the early exchanges, a hand passing/high tempo running game had us on the back foot.

They struck for 4 points and then followed with a well taken goal. We settled a bit and scored a point from a free by Ross Coogan, followed by another from Ross again.

There was a schmozzle 5 minutes before half time, both sides involved. Both teams ended the half down to 14 men. The half time score was Ballinacor 1-6, S-G 2 pts.

Pat rallied the troops at half time, with all acknowledging we had played poorly.

We flew out of the blocks in the second half, direct football that worked well.
The scores followed, points from Ross Coogan and a cracking goal and point from Jason Bolger.

To be fair Ballinacor responded and points were exchanged till the end, in an entertaining 2nd half.
Mark Murphy, Eric Fenlon and Patrick Walsh all kicking points for us.

Not an ideal start for the team but encouraging how we responded after a poor start.

We play again next Saturday at home against Valleymount at 4pm.

Let’s make it a fortress in Winetavern again and get 2pts in the bag before the dinner dance.

Big nod of thanks to the travelling support, vocal as ever. More of the same next week please, gate collection on the day will go towards the juveniles.
#loveYourClub #loveGAA #WicklowGAA

Many thanks for the Match report by Joe O’Neill, any mistakes in scorers blame him 😂

We try to have a variety of people doing the match reports so if you fancy giving it a go just send a text to Ellen 0861615195 or email pro.stratford.wicklow@gaa.ie or message this page. 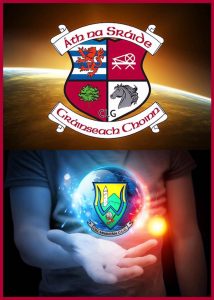