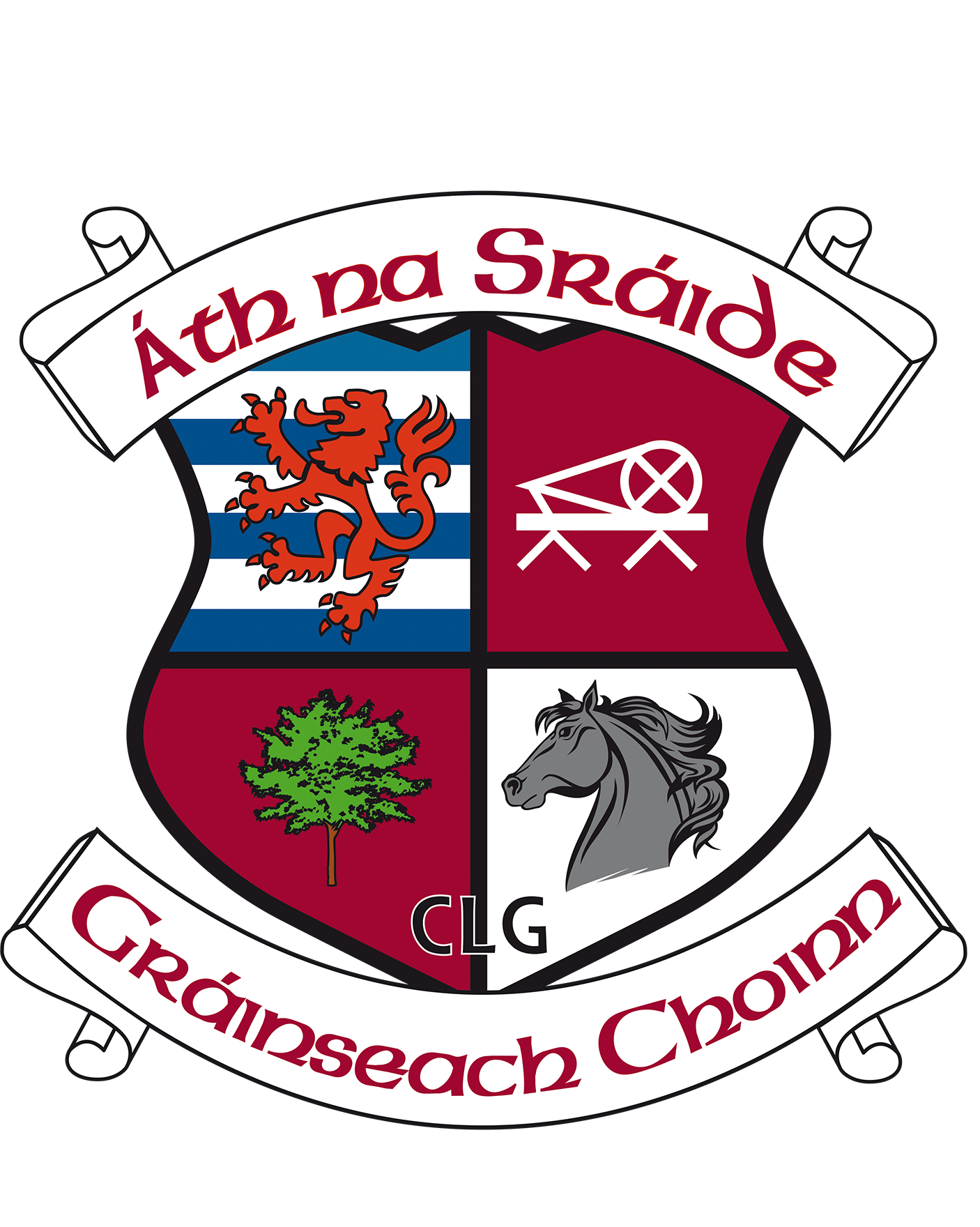 The first Stratford GAA Club was formed under the name ‘Stratford Bohemians’ in October 1896,
twelve years after the GAA was founded. In the early years, both Stratford and Grangecon had
separate football clubs. While football waned in the 1920’s, history recounts that Stratford and
Grangecon Club members also played for other West Wicklow Clubs. In 1935 the Club was reestablished
and was very active in the forties and fifties, with the Club winning the West Wicklow
Junior Final in 1955. 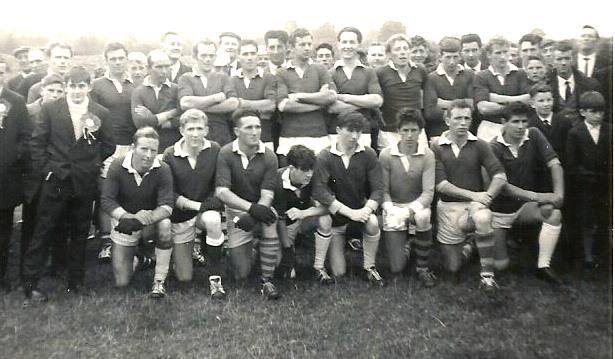 Foresight, dedication, commitment and a lot of hard work at school level enabled Stratford
Grangecon to dominate the small schools league through the sixties, seventies, eighties and
nineties. This provided the basis for much success at adult level in the decades to follow. The Club
won the West League in 1961, won the West Junior Football Championship and competed in the
County final in 1966. In 1969 the Club made history by being the first Junior team to win the
Boothman Trophy, while also adding the Corcoran Cup. 1969 also saw the Club having four players
on the Wicklow County team that won the Junior All Ireland title. 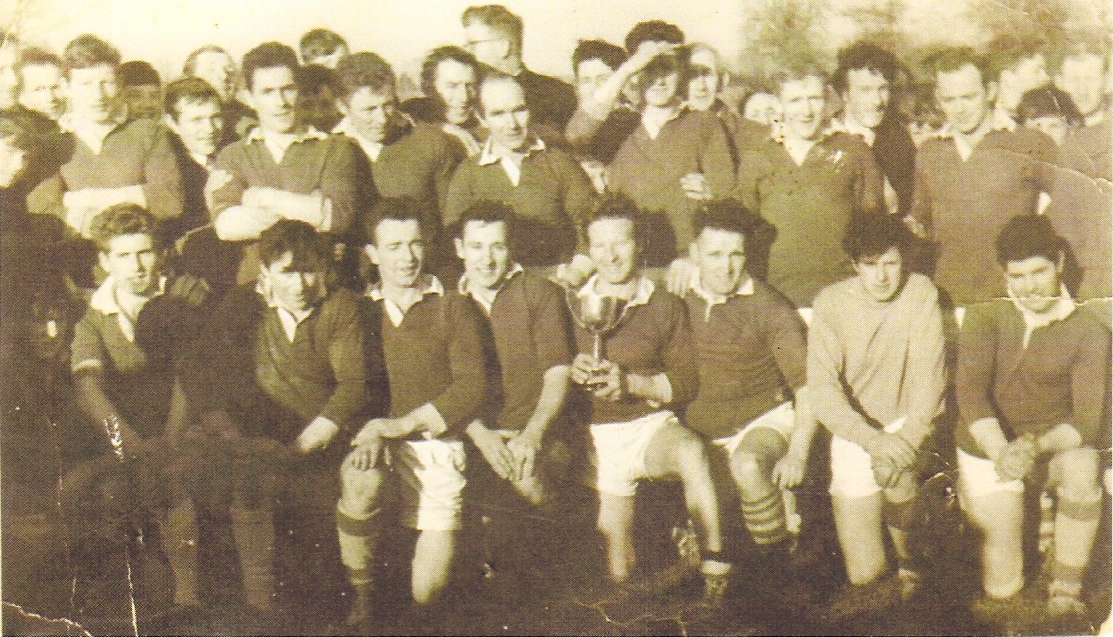 JUNIOR TEAM 1971
1971 proved to be a year to remember with the Club winning the County Junior title at the third
attempt and numerous other trophies. The next ten years were somewhat more quiet, but in 1981 a
further Junior title was added as well as other silverware. In 1983 the Club won the Intermediate
Championship, thus qualifying for a tilt at senior level in the Centenary year of the GAA.
1986 could be regarded as a milestone in the history of the Club. Through foresight and community
spirit seventeen acres of land were purchased at Winetavern, giving the Club its own pitch and a
place to call ‘home’ for the first time ever (prior to that the Club was dependent on the generosity of
local landowners). And as a measure of ‘good faith’ the Seniors won the B Championship that year.
While work commenced almost immediately on the playing field, it was not until 1998 that work
commenced on the clubhouse. 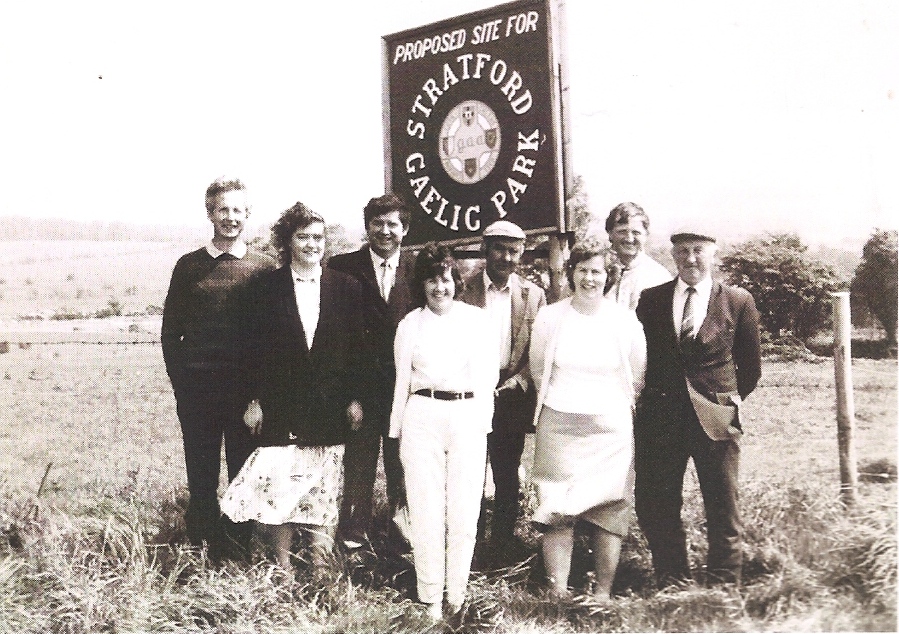 In January 2006, (the year County Wicklow hosted Feile), history was made with Stratford
Grangecon forming its very own juvenile team (prior to that, our young footballers were part of St.
Joseph’s Parish Team). Our first juvenile team were the U-14 team that played in that Feile and from
these humble beginnings did acorns grow and now the Club competes with huge success at all age
groups from U-8 right up to minor, not forgetting the Academy (the future of our Club). Yet another
first for the Club was in 2007, when hurling was introduced for juveniles up to U-12. 2012 has seen
this expand significantly and the Club now facilitates training to other local clubs at U8 and U10 level
and compete in Go Game blitzes. Local ladies football clubs and post primary schools also benefit
hugely from our juvenile successes. Many of our young girls progress to play and contribute greatly
to these clubs and schools.

INTERMEDIATE CHAMPIONS 2007
2007 saw great success on the playing front with the Club winning both the Intermediate
Championship and the Division 2 County League final, thus promoting us to senior ranks once again.
The Junior team (not to be outdone!) reached the semi-final of the Junior C Championship and were
top of the Division 4 West League. In 2008 the senior team retained their senior status and reached
the Championship quarterfinal stages.
During December 2010 (as freezing temperatures immobilised the country) another milestone was
reached as the Club held its first Lotto Draw. The lotto has gone from strength to strength and is now
the main source of fundraising. The money created by lotto funds, in addition to a National Lottery
Grant, has allowed the Club develop first class facilities inside the clubhouse and upgrade the
grounds. September 2011 saw work commence on the development of a seven-acre site into an
additional playing field, which will be of huge benefit to teams in years to come.
In October 2011 silverware returned to the Club. Efforts being put in place at juvenile level were now
starting to pay dividends as the senior footballers, on a wet and blustery Saturday in October,
displayed great determination to win the Keating Trophy. 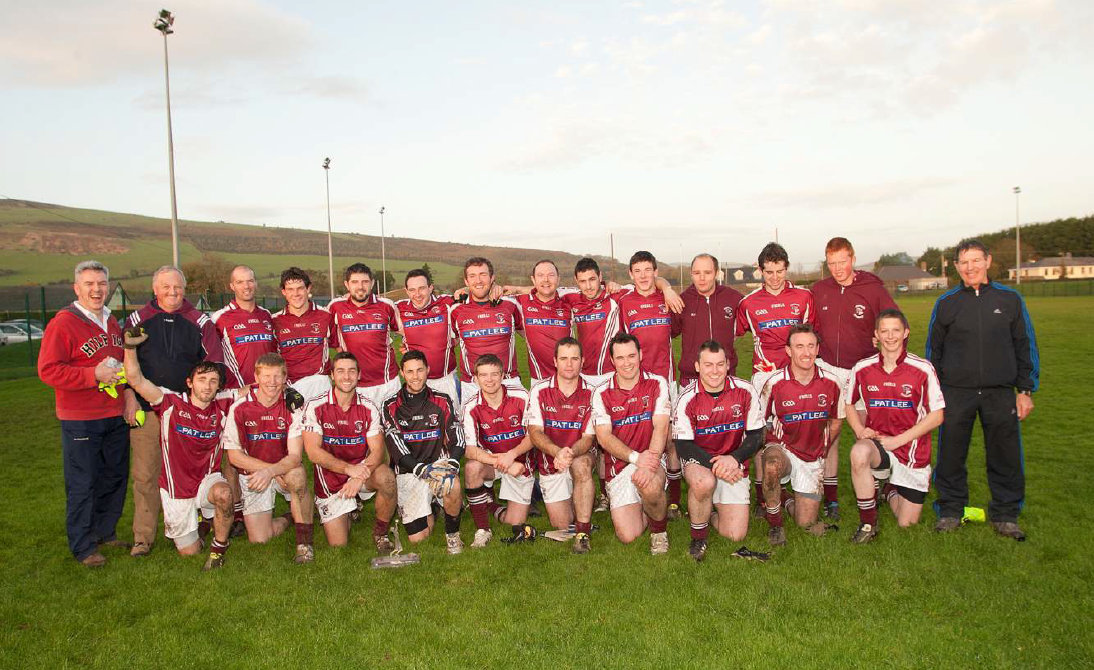