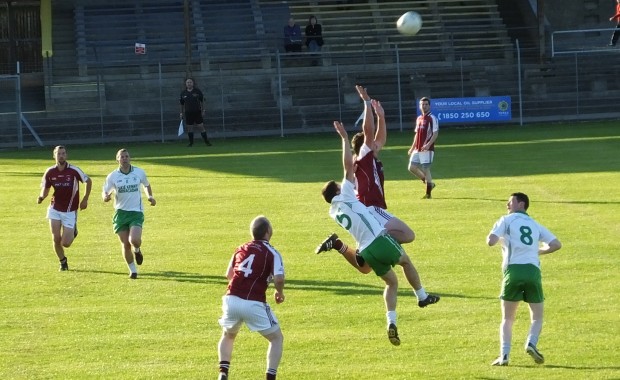 We travelled apprehensively to the County Grounds to take on Ballinacor knowing that one of our stalwarts Jason Bolger is being rested due to a knee strain, Mikey Carroll on holidays, Alan Kealy struggling to shake off the flue and Patrick Cronin just about making it home in time with his latest addition to the family.
The all important score came in the first couple of minutes when Kieran Byrne caught a high ball, turned the full back and lashed the ball to the net. This score remained the cushing between both teams throughout.
Shane Byrne added 3 points and Matt Manley slotted over 2 points and when half time arrived Stratford Grangecon found themselves in a comfortable position 1-5 to 3 points.
Ballinacor started the second half in a much more determined fashion, they drilled over a number of points to cut the deficit to just 2 points and when the ball rebounded off Patrick Cronin’s timberwork our lads knew that they had a fight on their hands. Michael Mangan missed a penalty but quickly redeemed himself with a splendid point and followed up later with another. Matt Manley added 2 more points to his tally.
As we approached the full time whistle Stratford Grangecon were forced to defend stoutly in order to retain the goal difference between the sides.
Final score 1-9 to 9 points

We are away to Blessington on Tuesday evening at 7.30 in another round of the League before facing up to Coolboy on Saturday the 12th July in the next round of the Championship. 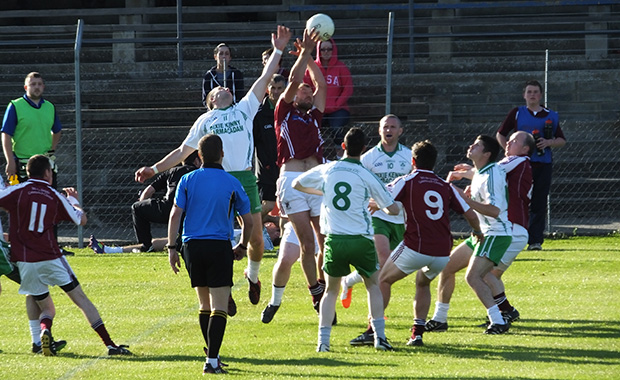 Mark Landon wins the ball from the throw in 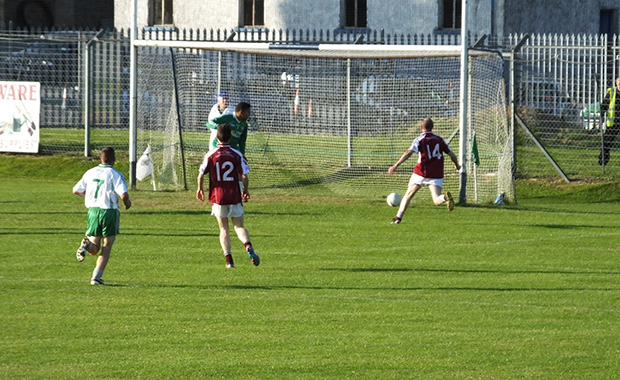 Kieran Byrne continues his fine form by putting the ball in the Ballinacor net. He wins a penalty later in the game 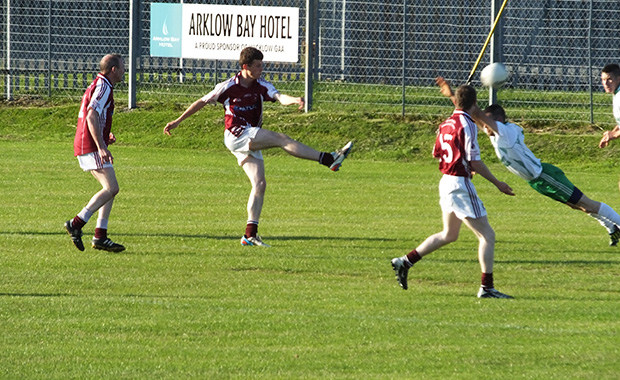 Matt Manley once again scores while under pressure 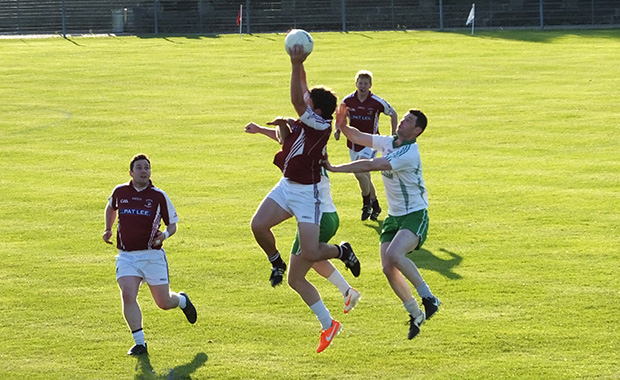 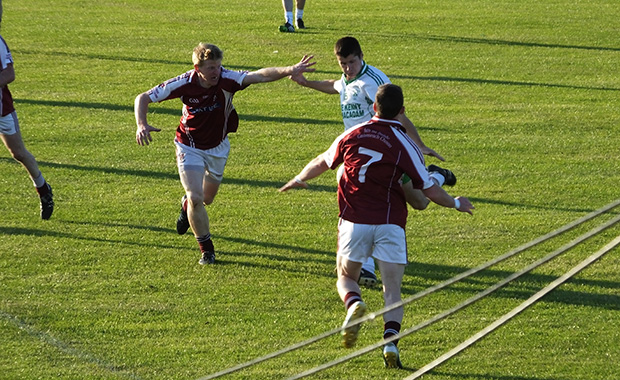 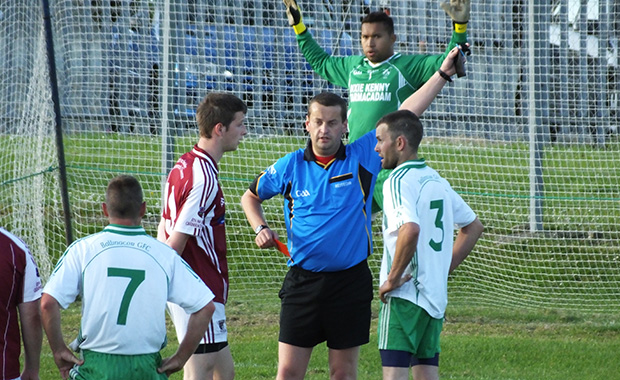 The referee sends both players off 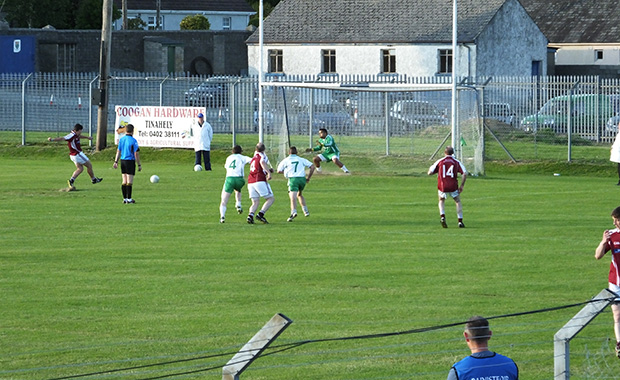 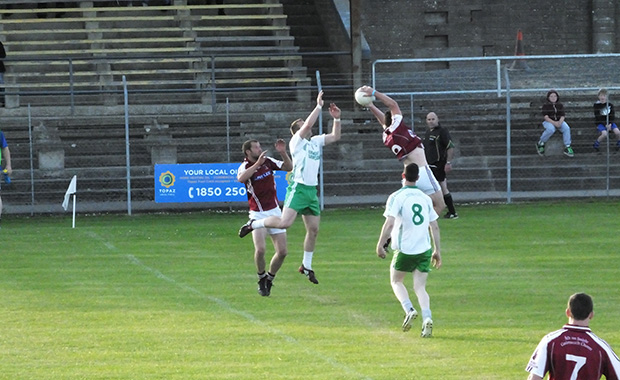 From the following kick out, Mikey wins possession of the ball in midfield and continues up the pitch to convert a fine point 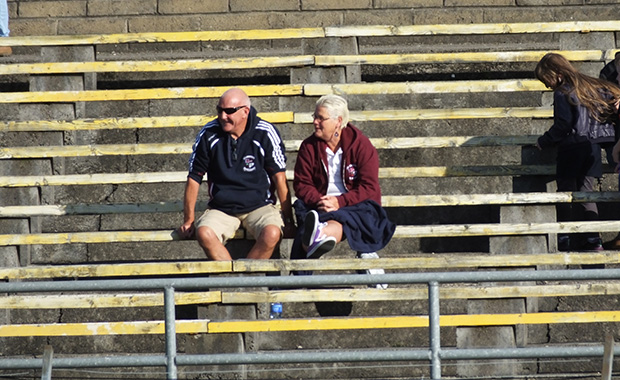 The team is winning and the weather is great…Aughrim was the place to be! 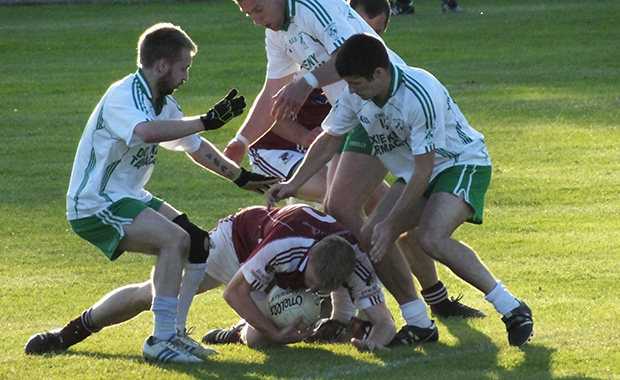 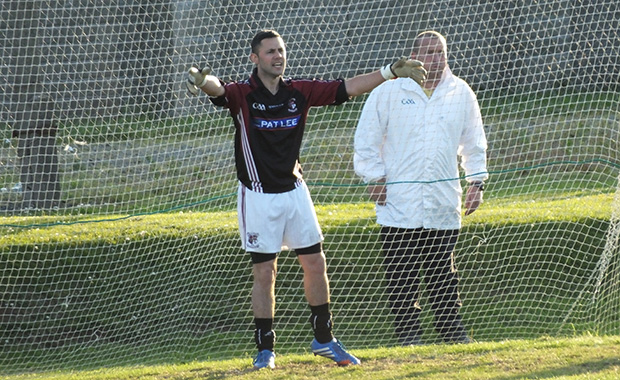 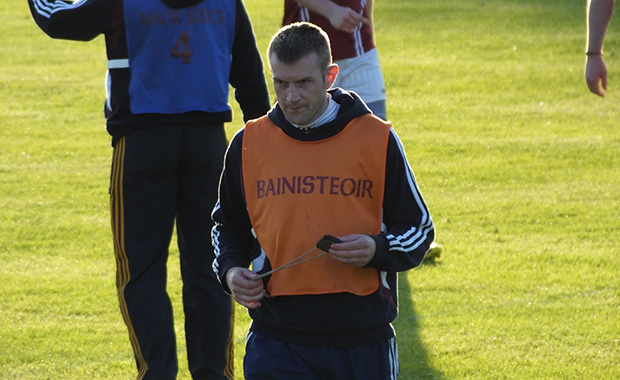 A Job well done by team coach, John McCormack and thoughts are already onto the next big match against Blessington in the league in three days time