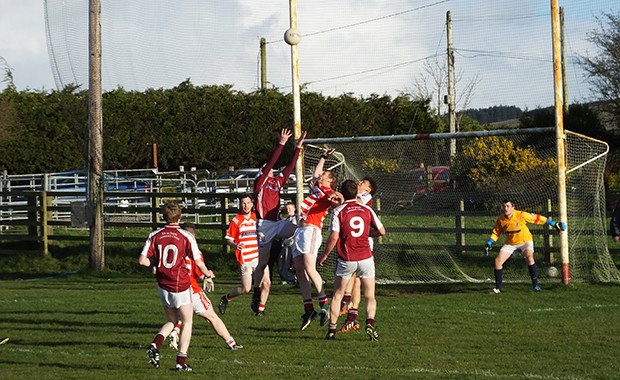 Stratford/Grangecon travelled to Knockananna on Saturday evening concerned because of the absence of Michael Mangan who had other commitments and Paddy Walsh who was unable to start due to carrying an injury. That concern very quickly became a reality in the opening stages of the game when Stratford/Grangecon squandered numerous opportunities to establish a grip on this game.

Similar to the Kilmacanogue match, we failed to play as a coherent unit resulting in only scoring 2 points in the first half to Knockananna (1-2). As team management struggled to devise a strategy and even with the deployment of the entire bench they failed to get a grip on this game. The switch of Kieran Byrne to mid-field greatly improved possession, however, the dependence upon a very young inexperienced forward line resulted in us being unable to get the goal that was needed to win this game.

The management and players will have some serious soul searching to do in order to find the rhythm before our engagement with Ashford on the 10th May in the first round of the Championship.