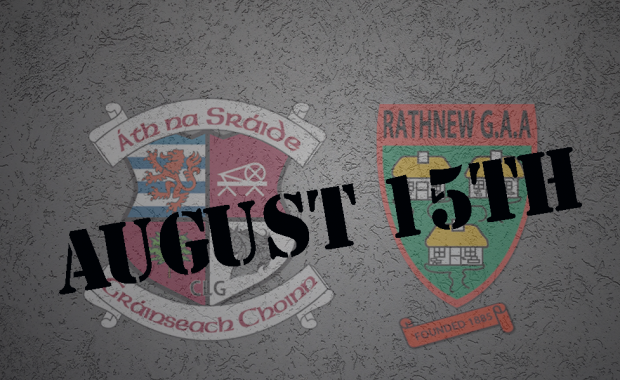 The date has been set for the crucial final round of the Intermediate Championship group stage.
Stratford Grangecon will compete with Rathnew for a place in the Championship quarter finals on August 15th in Arklow.

The group is delicately balanced with five of the six teams vying for only three qualifying positions. Only Ballymanus are guaranteed one of those positions but they will need a victory to ensure that they hold onto their important top spot, which guarantees progression straight into a semi final.

For Stratford Grangecon to advance we must defeat Rathnew on the 15th and we will also need An Tóchar to win their game. An Tóchar, who lie in second place in the group table have everything to play for as they need to win to ensure that they will progress and also to give them a chance of stealing the coveted top spot and semi final place from Ballymanus.
If we win and An Tóchar also win, we will be on 4 points and level with Rathnew and Baltinglass however, we will progress because of our better points difference.

Rathnew our opponents on Saturday 15th, Baltinglass and An Tóchar all need wins to ensure that they progress. Ashford will be playing table toppers Ballymanus for pride and will no doubt put in a big challenge to Ballymanus’ hopes of securing the top spot.

An exciting final round awaits!

Championship standings going into the final round

Only three teams shall progress from the group. The top team will advance straight into the semi final stage and the second and third placed teams will enter into the quarter finals.
If there has been no walkovers the teams, if level on points will be separated by their points difference. If teams are also level on points difference they will be separated on their head to head results.

Guest
Bob Dunne
Share On TwitterShare On Google
Good luck lads, play like ye can and no one will stop ye
Vote Up0Vote Down  Reply