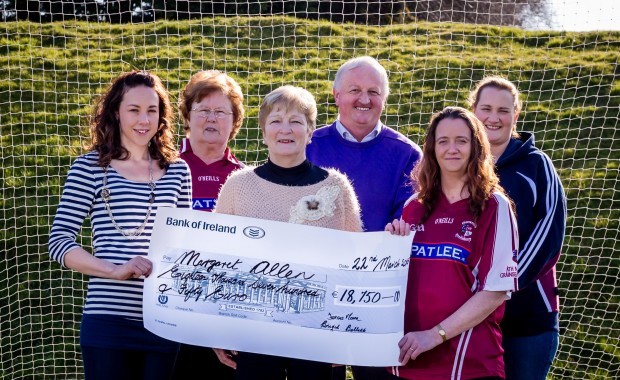 Persistence finally paid off for Margaret Allen when she scooped the Jackpot of €18,750 in the Stratford/Grangecon GAA Lottery last Monday night (16th).
When news of her win reached her late on Monday night she was helping to host a fundraising function for Dunlavin Parish in the Imaal Hall. Her initial reaction was disbelief followed by shock when she finally realised her four numbers based upon her children’s birthdays had hit the jackpot, “ I’m afraid I abandoned my hostessing duties for that night” she said. Collecting her cheque in the Stratford/Grangecon Clubhouse on Sunday was like rolling back the years for Margaret as she herself was born and reared in Whitestown and had played ladies football for Stratford as did her brother Joe Cullen and her nephew Jason Bolger is still one of their leading players. 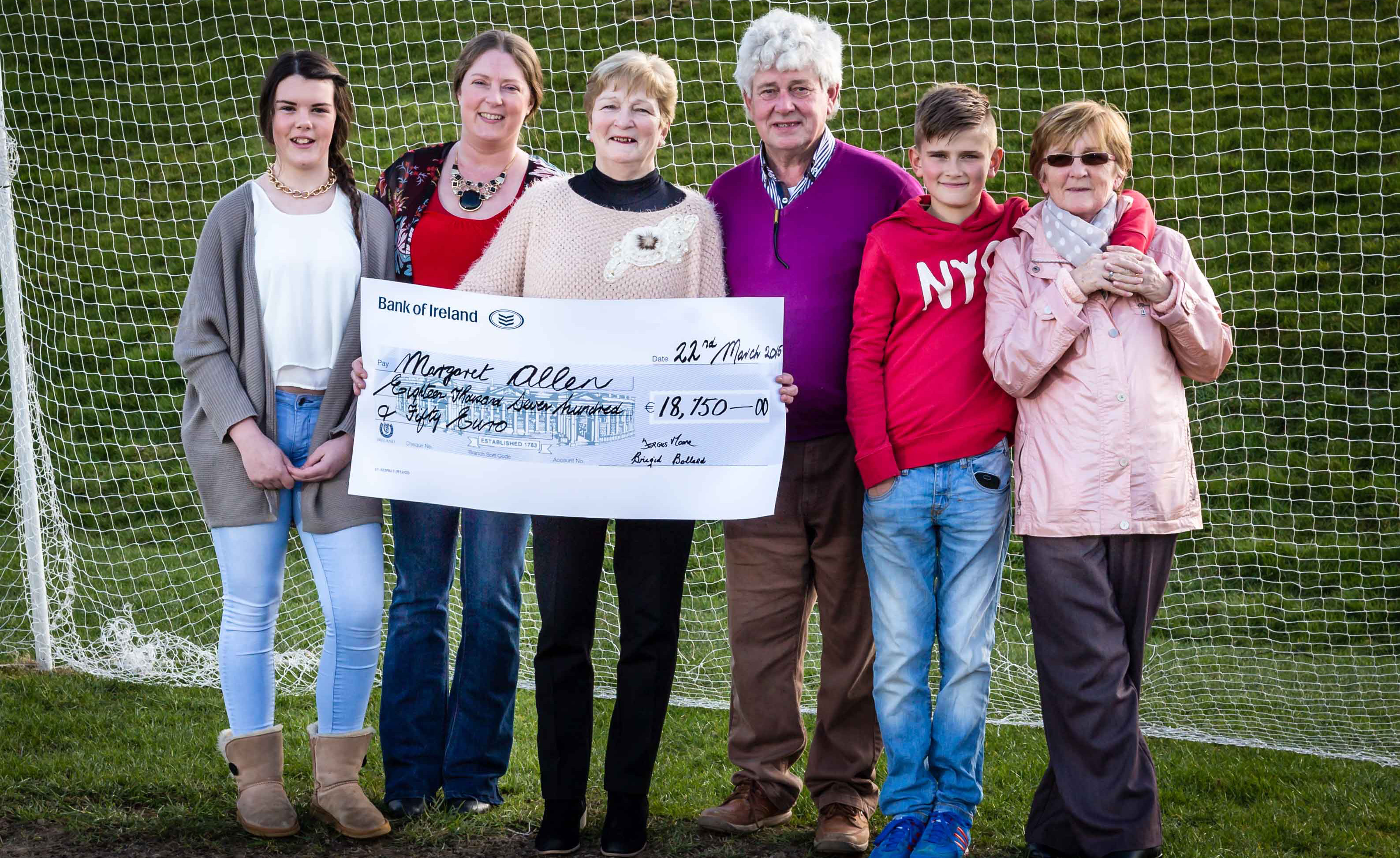 Admiring the excellent facilities that they have in the Club today she said it is far removed from the day when she had to tog out in a car in Pat O’Neill’s field.
Presenting the cheque, Fergus Moore congratulated Margaret and said it is always nice to see somebody local win as Margaret has supported the Lotto since its beginning. The Lotto has been very successful and vitally important for the progress of the Club and for that reason we have restarted with a new Jackpot of €6,000 and he thanked everybody for their continued support.