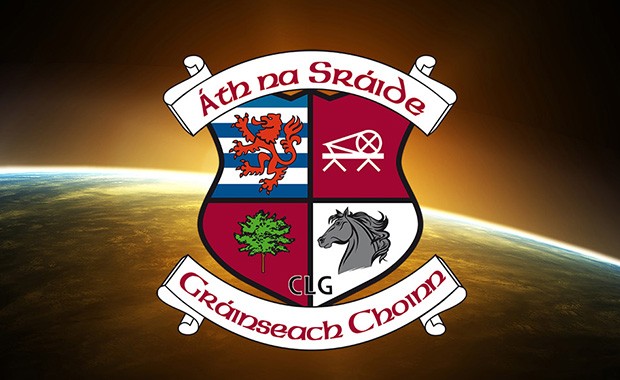 The club is delighted to announce that it has successfully won funding under the National Sports Capital Programme for 2014.
The club is one of the big winners nationally this year with the announcement that a total of €60,000 has been allocated to Stratford Grangecon GAA for future development works at Winetavern!

A big effort was put in this year by the clubs development committee to try win funding under this highly contested national Sports funding programme and with today’s announcement all the hard work has been rewarded.
Stratford Grangecon is the only GAA club in west Wicklow this year to win funding under the Sports Capital Programme for 2014.

The Government’s commitment to sport and local communities was underpinned today when Minister of State for Tourism & Sport Michael Ring announced grants of €40.5 million for 880 sports projects across the country.

Speaking at the announcement Minister Ring said: “Sports clubs and organisations are the lifeblood of communities across Ireland. I’m delighted to be able to show how much the Government values their role and contribution. Thanks to their largely voluntary work, these clubs and organisations are delivering on the Government’s target to get more people to be more active, more often.”

A total of 2,036 applications were made under the 2014 Programme, the second highest number ever received under a Sports Capital Programme. A total of 821 of the successful allocations are towards local sports clubs and organisations, with the remaining 59 allocated to regional or national projects.

For Stratford Grangecon Gaa, the development works which will be part funded by this grant include, a 1st floor extension to the existing clubhouse to facilitate a gymnasium, the fitting of a timber sports floor to the existing sports hall, the upgrading of the effluent treatment system, the construction of an electronic score board and player dug outs for the pitch.

Guest
Bob Dunne
Share On TwitterShare On Google
Brilliant news guys, get in there! 😉
Vote Up0Vote Down  Reply

Guest
Michelle O'Keeffe
Share On TwitterShare On Google
Fantastic news for the club & local community. Will benefit us all. Looking forward to the hard work ahead & watching the benefits over the years ahead.
Vote Up0Vote Down  Reply

Club development fundraiser | Official Club Web site
Share On TwitterShare On Google
[…] announced earlier this year, our club has succeeded in obtaining a €60,000 grant for the next stage of our clubhouse development. The proposed development works include the […]
Vote Up0Vote Down  Reply